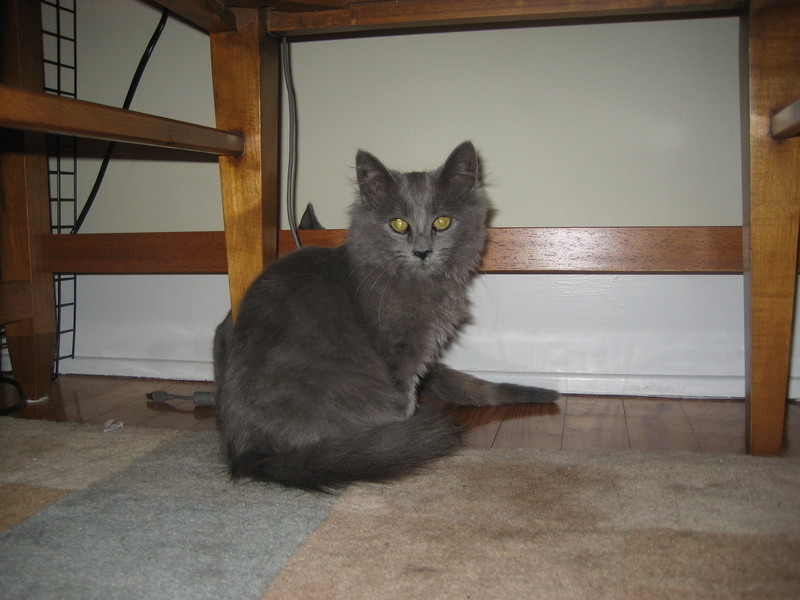 One of the many tragedies of existence is that the only species that’s equipped by nature to have back-and-forth conversations between generations resists such conversations with all its might.

We haven’t seen it yet, but there’s going to be a generation that comes up where the new trend will be complete anonymity. It’ll be cool to have never posted anything online, never commented, never opened a webpage or a MySpace, never Twittered. I think everyone in the future is going to be allowed to be obscure for 15 minutes. You’ll have 15 minutes where no one is watching you, and then you’ll be shoved back onto your reality show. I think Andy Warhol got it wrong. 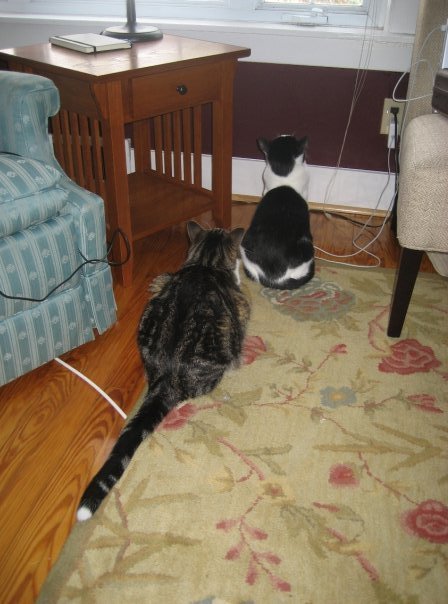 If your ego won’t allow anyone to touch your precious prose, start a blog. Good luck getting research credit for it. 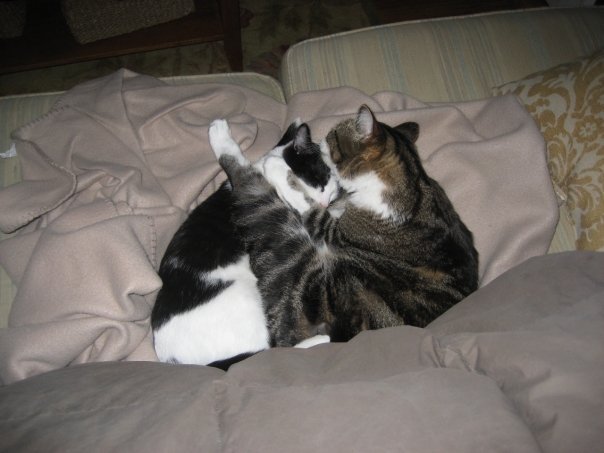 Having spent a generous amount of the weekend with M. and Little Big Planet, particular audio tracks still reside in my mind's ear. In particular, the Go! Team's "Get It Together" and Battles' "Atlas" fit almost too well with the game itself; the former emphasizes the upbeat nature and can-do attitude permeating many levels and the latter makes more apparent the enjoyable repetition of in-game activities ("Atlas" also matches the industrial feel of the Construction Site). In realizing this, though, I became curious about how other musical groups might complement certain video-game genres, if not specific games.OST"Down at McDonelzz" - Electric Six
If this Detroit-based disco-punk band were in Dance Dance Revolution, I might not play anything else. The craft and wit that are part of so many of their songs would bring a welcome sense of humor to this rhythm-oriented game (or any other, for that matter). Hell, I'd even be interested in a straight Electric Six video game, one with self-applied electrodes that would shock the player for too many ill-timed moves. Of course, the game's title would be Danger! High Voltage."On A Neck, On A Spit" - Grizzly Bear*
For a band whose music is diverse as it is unique, incorporating a variety of instruments, styles and tempos, Grizzly Bear would be best featured in an RPG, though nothing too fantastical or grandiose (read: not a JRPG). [adult swim] already has enough good sense to put a few seconds of this song as a bumper between commercial breaks; it is about time some Western game developer commissioned Grizzly Bear to lay down some tracks."Adventure.exe" - Final Fantasy
While perhaps an obvious choice not only because of the band's name but also this song's title, Final Fantasy's music is sparse enough to allow for rampant cut-scenes (read: a JRPG). Given how many songs have classical elements, either in instrumentation, structure or both, perhaps Final Fantasy would match not so much with the Final Fantasy series as a game like The World Ends With You."Rotten World Blues" - Eels
I envision Mark Oliver Everett someday composing a soundtrack for a game similar to Braid, albeit not one so serious. It could even be based on Souljacker or Hombre Lobo, both albums whose names work as game titles, too."Born On A Day The Sun Didn't Rise" - Black Moth Super Rainbow
Black Moth Super Rainbow could also be featured in a platformer/puzzler. The first four lines of this song work well as the introduction to the next Puzzle Quest game, though one a bit quirkier and less serious in plot that its predecessors."Chu Chu Lovely Muni Muni Mura Mura Purin Purin Boron Nurururerorero" - Maximum the Hormone
Given their melding of funk, pop and metal, Maximum the Hormone could perform the perfect accompaniment augmentation to a game in the style of Katamari Damacy or Noby Noby Boy, though it would have to be a great deal more violent (like Madworld)."Silver Moons" - Sunset Rubdown
At this stage in the mix, I reconsidered the possibility of Grizzly Bear, Final Fantasy and my beloved Sunset Rubdown each composing the soundtrack to a video game and, instead, thought on all three taking part in one. This could work if someone decided to adapt, for example, The Unwritten not for film but for video games."Not Going To Bed" - Andrew WK
It is unfortunate that I cannot take credit for this suggestion. The matching of WK's I Get Wet with Burnout 3 was a stroke of genius performed by one of my oldest and dearest friends. The pure energy packed into each track on that debut record was the perfect accompaniment to smashing opponents' cars into guardrails. Should there be another game in the Burnout series, I would very much enjoy Andrew WK composing the entire soundtrack. He wouldn't even need to write all-new songs; just replace "party" with "burnout" and all would be well.Alternate: "Hello-o)))-ween" - Sunn O)))
The distorted drone that are Sunn O)))'s music would be a welcome change for the Fallout series, bearing some similarities to the Fallout 2 soundtrack. I liked the often stark contrast between sentimental songs like "Let's Go Sunning" and "A Wonderful Guy" and the Capital Wasteland, but perhaps a change might be necessary for future Fallout games. Then again, listening to Sunn O)))'s dirge while traversing a decimated landscape could be too depressing for some.
*I see deserts and mountains in my mind's eye when I listen to this band. 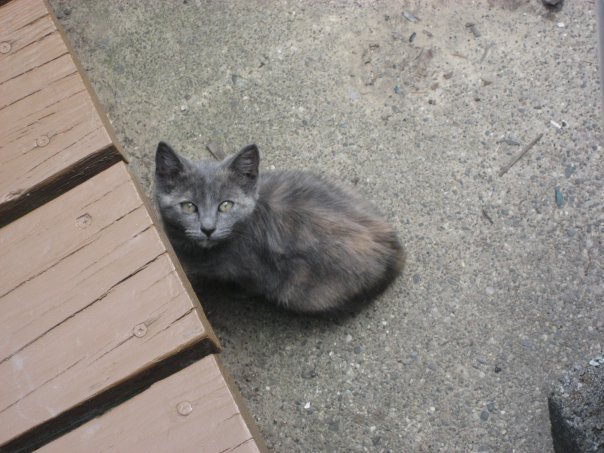 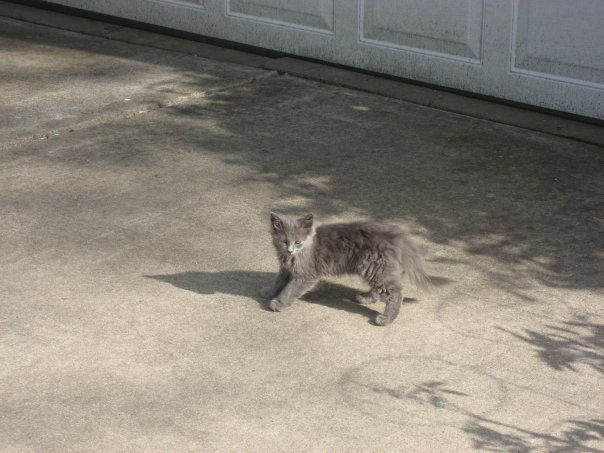 Because even though games need sexuality, I don’t want to watch sex in a game. That man (or woman) on-screen – that’s me. I don’t want to just sit there watching myself have intercourse if I can’t control it. And I definitely don’t want to control it, because trying to steer a sex act using a game controller is as ludicrous as ludicrous gets. Human intercourse already breaks down if you focus too much on the plumbing – and in a gameplay context, that’s all there is.

Posted via web from betajames's posterous