New evidence that bullet points don't work [Speaking about Presenting]
Early quote: "At last, we have some scientifically rigorous evidence to show that slides full of bullet-points don’t work."Gaming Secrets and Lies [Gamasutra]
Early quote: "Real secrets are buried deeply, the sort of thing you could play a game through without finding. It’s the difference between satisfying your curiosity about the environment and having a clear goal behind finding which door you need to get past."Colleges learn to live with social media [Baltimore Sun]
Early quote: "Facebook and other social media sites have invaded college admissions in a big way. But the great rush to use social media also raises questions about privacy and appropriate relations between administrators and students."Too Gay for the U.S.A. [Escapist]
Early quote: "[Birdo's] just one of a long line of Japanese videogame characters forced to hide their true sexual identity when their games are localized for a North American audience."Point-and-click: Reviving a once-forgotten gaming genre [Independent]
Early quote: "From the comeback of Sam & Max to the attempts at rekindling the magic of
Simon the Sorcerer, fans of point-and-click adventures have been spoilt for choice of late."Yes, video games are political [Collect]
Early quote: "Videogames, as cultural artifacts, are unescapably political. Even the most vacuous of games, despite their ostensible mindlessness, cannot fail to reflect the politics of the culture in which they were produced.''

In announcing the deactivation of my Facebook account, a number of friends made it known that they'd miss the interesting and links I shared. As a nod to them as well as a way to keep an additional record, I plan to post here the interesting links shared on Twitter and bookmarked to Delicious each day.Sharing: The New Imposition [PopMatters]
Early quote: "Sharing is no longer a matter of giving over a portion of something desirable; it’s imposing what you want to say on others while largely dispensing with the pretense of engaging in conversation." While there might be one too many assumptions made concerning the reasons people share articles, links, etc., online, this piece is still worth a read, if only to help us better understand our own reasons for sharing.I'm Sorry I Published [Inside Higher Ed]
Early quote: "I can think of a couple reasons a department might see publications as counting against a candidate." Any further complicating of the alleged importance of publications is probably something I will always welcome as I don't think enough of these kinds of discussions occur.

You know the name, but just who were the Luddites? [Ars Technica]
Early quote: "We've got them down as a noble mob of anti-technology and anti-capitalist crusaders. But were they either of those things?" An illuminating historical piece that provides a correction to the rather rampant misuse of a particular proper noun.

Big Trouble in Little Articles: Ten Game Addiction Fallacies [Neils Clark]
Early quote: "...comments following most game addiction pieces are rife with obvious logical fallacies, whether the piece ran in the New York Times or on joystiq, whether the authors and readers are in favor or in opposition of gaming."

A lengthy, but very important clarification regarding addiction, video games and the relationship (whether real or not) between the two. More Truth About Twitter [Information Is Beautiful]
Words and numbers can only provide so much and ISB performs an admirable service in transforming both into visualizations that are easily digestible. Communicating knowledge: how and why researchers publish and disseminate their findings [RIN]
Early quote: "Researchers want to develop new knowledge and understanding of the world we live in and to communicate their ���ndings to others. Increasingly, however, they are being pulled in different directions in deciding which channels of communication they should adopt, from professional society journals and conferences to less formal means such as social networking tools. So just how do researchers decide when, where and how to communicate their work?"From this curious question, the following report (of which there are a handful of .pdfs) provides a snapshot of the choices researchers increasingly have to make when sharing their work with others. The formats and opportunities presented to researchers are as various and sundry as their research. The Simpsons' Send-Up of Social Media [Mashable]
Quote: "Everything from Skype to Facebook and blogging get a social media mention in the episode courtesy of the fresh new teacher’s digital mentality." I cannot help but wonder if any current students noticed similarities between Bart's new teacher and myself. Insidious pedagogy: How content management systems impact teaching [First Monday]
From the abstract: "The defaults of the CMS therefore tend to determine the way Web–novice faculty teach online, encouraging methods based on posting of material and engendering usage that focuses on administrative tasks. A solution to this underutilization of the CMS is to focus on pedagogy for Web–novice faculty and allow a choice of CMS." To be honest, this is a late addition, but it's been making the RT rounds on Twitter, so I figured it deserved inclusion here.

Before the Fall 2009 semester began, I sent an email to all students enrolled in my courses about the required use of technology. While I received no replies about Blogger and Google Docs, there were a fair amount of student responses about Twitter, many boiling down to "Do we have to??" With this in mind, I decided to change the requirement for using Twitter, advocating only that students utilize this particular online communicative technology for the first four weeks of classes. After that, I figured there'd be some honest discussions about whether or not to continue using Twitter for course purposes. Such dialogues occurred this week; what follows focuses almost exclusively on what came out of them.Some students advocated Twitter's convenience as a communication tool, its allowance for the easy sharing of information and how its use encourages brevity, which, those same students explained, can help with writing. Such characteristics make Twitter "way better than Blackboard," one student said, who also observed that it is often quicker than email if there's a need to contact someone. According to other students, what makes Twitter better than Blackboard, too, is how it works as another way of sustaining class discussion, keeping it alive, present and continuous. A few students even admitted to their own initial, vehement resistance to using Twitter, quick to explain how and why they have since come around to seeing its potential benefits.However, other students were just as vocal in their opposition to Twitter, explaining irritation at the 140-character limit and how that alone stifles deeper discussion as well as the lack of substantial postings by others in the class. They also admitted their own apathy (or even hatred) toward Twitter, that because I instituted no hard requirement for its use, some felt uncertain about what they should post. Twitter's lack of organization bothered certain students, while some suggested that using Twitter made for more work that's often pointless and/or self-indulgent. A few argued that there are better things to use than Twitter, suggesting (to my surprise) the creation of a Facebook study group for class.In the end, both ENG 252 and ENG 298 students elected to make Twitter use optional for the rest of the semester, but with a requirement for 252 weekly reading groups to share appropriate links and preview intentions for their class facilitation. Only students in ENG 513 decided to keep Twitter as a more integral part of the course, agreeing on the requirement of five class-related updates a week.With these discussions completed and unlikely to resurface, I'm still surprised at how some students professed a hatred for Twitter. Perhaps making Twitter usage a soft requirement, merely suggesting that students try to keep an open mind in their experimental use, doomed it to an optional fate in both undergraduate courses. I didn't provide much guidance in proper Twitter usage either, expecting that simply having students immerse themselves in the technology and see how I utilized it would be enough. So, for potential Winter 2010 students, consider this a warning: We won't be experimenting with Twitter; we will be using it as an integral part of the course.

At the conclusion of the second session of ENG 298 Critical Analysis of Video Games last Thursday, a student approached me with a "burning question," which is a feature in the campus newspaper. The actual question was a variation of "How's the semester so far?" Without much hesitation, I replied, "Better than expected." All three courses and most all students are performing above and beyond my initial expectations. This was about the extent of my response and I found it difficult to elaborate when prompted by the student for further words. So, allow me to do that in this space instead. Having overhauled ENG 252 Advanced Composition and created two brand new courses in 298 and ENG 513 Digital Rhetorics & Identities, I had more than a few associated anxieties. I worried over taking so many risks in so many courses in one semester, focusing on everyday writing in 252, surveying a variety of issues within the medium of video games and looking at digital and online representations of identity, all while also using blogs and Google Docs instead of Microsoft Word and incorporating Twitter in some capacity. Some of these risks I considered taking in my first year at UM-Flint, but I grew gun-shy as Fall 2008 approached. I instead taught that semester and Winter 2009 from a position of pure comfort, presenting few challenges to myself and to students. I fear we both suffered for this in some ways, but whatever successes we had better prepared me for developing 298 and 513 as well as revising 252.None of these current offerings are perfect, of course, but as Week 4 looms (or is already here) my curiosity and interest in students' ideas, reactions and thoughts remain high. Whole-class discussions are vibrant with unique perspectives often injected with humor; blog posts and subsequent comments are evidence of sustained engagement. In other words, students are in the process of usurping the traditional role held by course instructors like me. With the success of every class session, I become more unnecessary, even obsolete.When this realization first arrived, panic soon followed. It was if I saw the end of higher education in that moment, of the system in which I've had some measure of success. The panic didn't last, though, soon replaced by that curiosity and interest in the ideas and thoughts of others. More important than maintaining the current system of education in this country is the fostering of such curiosity and interest and the connection of various and sundry ideas toward productive ends. Because of this, I grow more uncertain if academia's persistent existence is the best method of sustaining such things. These observations have been made before, and in ways more astute than this, but I don't think that makes them any less important.So, how's the semester so far? Well enough for me to question the future of what I'm doing. 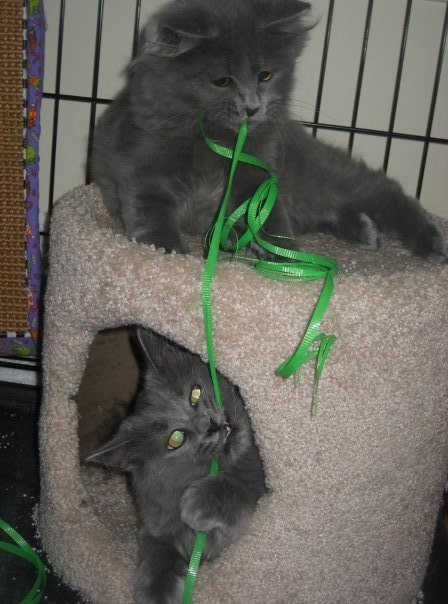 We must no longer be satisfied to understand and support games as leisure or productivity or nothing. We must do with games what we do already, implicitly, with every other medium we use to create or consume ideas.

Posted via web from betajames's posterous

Could we end up with WYSIWYG editors so flexible and fast that we’ll be able to lay out vertical column magazines in an instant, merging infographics, text and images into the flowing whole that they’re able to become in print magazines?

Our new forms of writing—blogs, Facebook, Twitter—all have precedents, analogue analogues: a notebook, a postcard, a jotting on the back of an envelope. They are exceedingly accessible.

We'll only continue to see video games becoming more characteristic of their cultural origins. This is an entertainment medium after all, cultures shape markets, markets have tastes, tastes ought to be fulfilled, developer's need to meet the demands of their market, market is shaped by culture. We're a medium becoming more sophisticated