In the winter of 1959, Truman Capote appeared on David Susskind’s program Open End to talk about writers and writing. When Susskind mentioned the Beat Generation, Capote was quick to quip: “None of these people have anything interesting to say and none of them can write, not even Mr. Kerouac. What they do isn’t writing at all — it’s typing.” Now, we can, as others have, speculate on reasons for Capote’s comment. We could say it had something to do with when On The Road was published relative to when Breakfast at Tiffany’s was published. We could say it had something to do with Capote’s need for attention or, arguably, his tendency to punch down rather than up. We could say it had something to do with consternation of Kerouac’s new form of writing, “spontaneous prose,” relative to Capote’s own development of the “nonfiction novel.” However, I want to use Capote’s critique of the Beat Generation as a starting point for identifying the material and physical aspects of writing that might be ignored, lost, or otherwise negated in such discussions. I want to do this because we can have very different images of not only what writing is but what it even looks like. 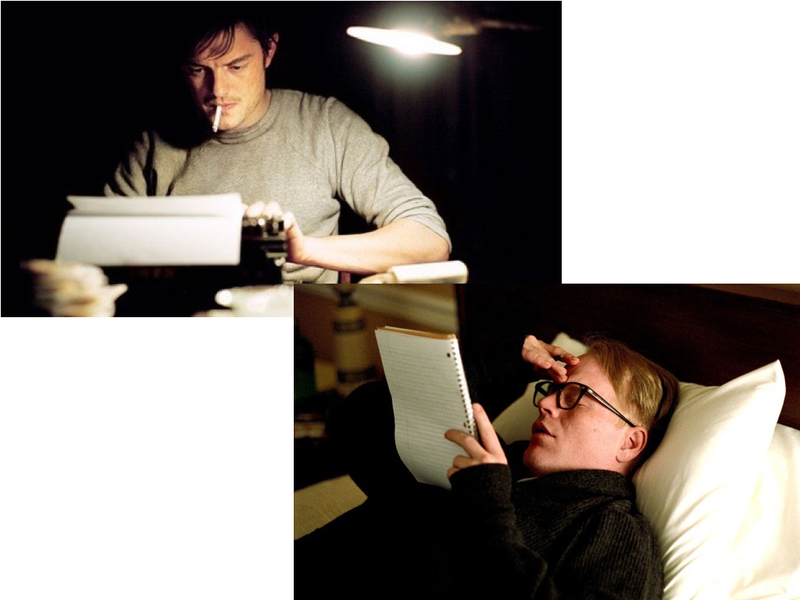 For instance, we can compare film representations of Capote and Kerouac in the act of writing. [Impromptu commentary about materiality, physicality] Also, because I lack first-hand knowledge and/or personal experience with some of what I’ll be touching on today, I’m going to make media references instead. But these are historical examples, so let’s get an update. 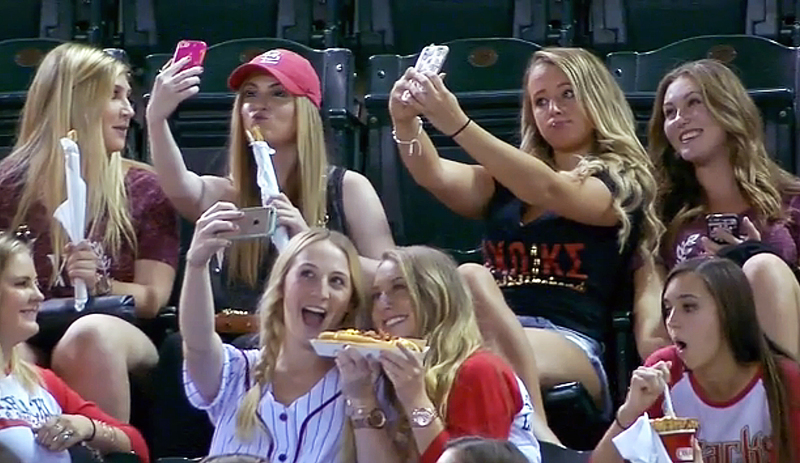 [Impromptu commentary on context, include announcer/commentator quote: “Every girl in the picture is locked into her phone. Every single one is dialed in…They’re all just completely transfixed by technology.”] Nevermind that those same announcers paid particular and comparable attention to their own screens, ones detailing whether or not the last pitch was a strike, the runner was safe, or the hard-hit ball was foul. We’re all just completely transfixed by technology, materially and physically, and I think these material and physical considerations are part of every criticism of that transfixion. Aiding both the considerations and the criticisms is how writing has been bundled, folded, or otherwise collapsed into our devices. I think at least a few of us will be able to identify the following example as “writing.”

[Impromptu comment about process, procrastination, reflection] With formatting, editing, correcting, and even publishing in a single program, in a single screen, some of those material and physical conditions of writing disappear. Maybe also disappearing is care and empathy for the labor involved, for the writer performing the work, because it is work and it is performance.

And so maybe we could say “it isn’t writing at all — it’s typing” is a critique of gesture and posture, an erasure of one’s labor. Similarly, as Rebecca Moore Howard observed, “our adherence to the received definition of plagiarism blinds us to the positive value of a composing strategy which I call ‘patchwriting’; copying from a source text and then deleting some words, altering grammatical structures, or plugging in one-for-one synonym substitutes.” To call patchwriting plagiarism, in a way, gives no credit to the actual work involved with this kind of writing. Patchwriting is still writing, is still work, and although Kenneth Goldsmith does not credit Howard for this term he does use it, saying that patchwriting is “a way of weaving together various shards of other people’s words into a tonally cohesive whole.” Patchwriting, from a material or physical perspective, likely looks like a lot of other kinds of writing today, though wholly different from, say, William S. Burroughs’ cut-up technique.

But I’m starting to digress, or maybe I’m not because Burroughs placed a curse on Capote after the publication of In Cold Blood. Anyway, let’s get back to typing.

And damn you autocorrect! Of course, we could also say that autocorrect and autocomplete are erasures of labor, empathy, and care. Related here, too, is the possibility of reflection, of taking a moment, and I’d like to close with another historical example of that.

In the February 2014 issue of College Composition and Communication, Thomas Deans writes of the rhetoric of Jesus writing in the story of the woman accused of adultery. Deans draws attention to silent writing as public performance, the capacity of writing to provoke reflection and the rhetorical power of silence. There remains scholarly debate on what Jesus writes, that he writes, the consequences of his writing, whether he is doodling, scribbling, tracing patterns, or even citing his sources. But Deans identifies all these readings as emphasizing writing as an embodied public performance, that the bending to write and the silence “prime an authentic opening for understanding and change.” Deans even suggests following Christ’s example the next time you field barbed questions at a conference or teach a hostile class. My question is this: can we imagine Jesus taking a selfie instead? 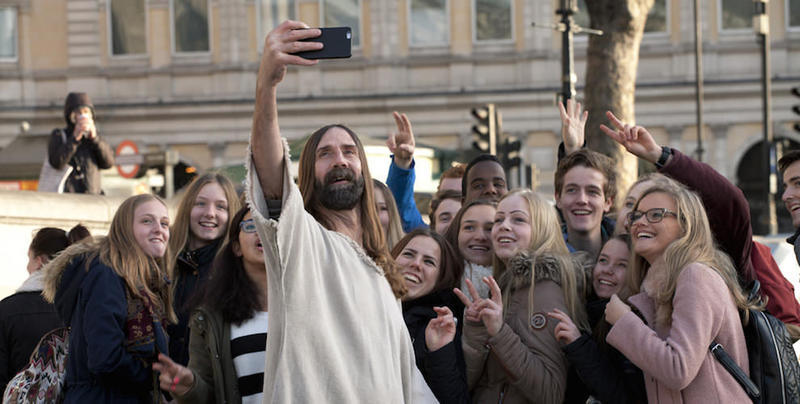 I’m glad for the unconference topic. I’m glad for the opportunity to share some of these ideas, even those that aren’t my own (and maybe none of them are). Thank you for your time and attention this morning. I appreciate it.